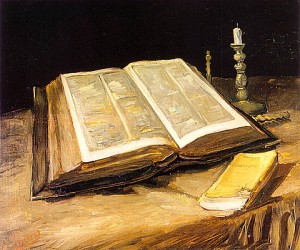 Often times, in discussions online and off, our stated principles, beliefs, and opinions earn us labels. Of course, labeling is a convenient means of categorizing a person and their beliefs in a set group that is easily identifiable, if not very accurate.  More often than not is used as a filter…one that is often put to use as a means of just ignoring what people have to say and thereby transform the debate floor to nothing more than a soapbox.

We see the terms “conservative”, “moderate”, and “liberal” applied quite often…particularly in politics and religion. You can probably think of many more. The one I’ve chosen for myself is “fundamentalist”.

“Fundamentalist”, from a religious standpoint, has negative connotations. In Christianity, the term is popularly associated with a semi-militant sect that believed in forcing government and people into adopting its views. In Muslim circles, fundamentalists represent the terrorist wing of the religion and are frequently referred to as “Islamofascists” (I’ve pontificated in the past as to why such are representative of not aberrant but authentic Islam).

However, the term is actually one that describes those who place overriding importance on the basis of their beliefs. For Christians, it denotes those who stand on the Bible exclusively on matters of faith, believing it to be infallible. Similarly, for Muslims, the term represents one who looks back on Mohammed and the more antique expressions of Islam and takes that to be the only right way of following it.

I suppose the difference would be one of capitalization…”fundamentalists” as opposed to “Fundamentalists”. However, in their case, that would represent a faith that fought not only to protect but propogate itself…leading fundamentalist Muslims to be predisposed to such warfare themselves. There’s no similar excuse in Christianity, which at its most warlike was also at its most non-fundamental.

So why do I utilize the term for myself? Surely that would limit the number of those who would listen, using the label filter to tune me out! However, the fact is that labels should be used when they are an overwhelmingly accurate depiction of principles, beliefs, and opinions. And the beauty of it is in how it applies in many areas of life that are often discussed.

For instance, as a fundamentalist Christian, I believe the Bible is the inerrant and infallible Word of God to man. As such, it should be interpreted literally in general, understood symbolically when applicable, and implemented prayerfully as essential. The Reformers of the late 1500’s referred to this with their slogan, “sola scriptura!“, and that is the stance of fundamentalists such as myself today. This view of the ascendency of Scripture over all other religious concepts and doctrines marks everything about the practice and practicality of one’s faith. It provides a common, unchanging basis on which all Christians may stand. And, while interpretations may vary from one denomination to another, such differences don’t come at the expense of the purpose of the Base: the reconciliation of man with God through the death of Christ.

But beyond the scope of faith, a fundamentalist view applies politically as well, and by the same type of logical standard: there are unchanging documents on which our particular nation stands. A fundamentalist American approach to government is by definition one that stands on the principles exemplified by the Declaration of Independence and espoused by the Constitution of the United States…principles that, by the way, are rooted in fundamental Christian faith! The fusion of political and religious adherence under the label of fundamentalism is therefore a quite natural logical progression.

So that begs the question: what would be the distinguising characteristics of a fundamentalist, as opposed to a conservative, moderate, or liberal?

The beauty of a fundamentalist position is that its foundation does not change…unless someone’s been fooling around in the National Archives (entirely possible, as it turns out, during the Clinton administration), nobody’s scratched anything out of or into the founding documents of the American republic. Conservative principles, on the other hand, fluctuate depending on the current leader of that particular group. Conservatism as defined by George W. Bush is quite different from that of Ronald W. Reagan or Dwight D. Eisenhower. Liberalism as defined by Hillary R. Clinton is quite different from that of John F. Kennedy or Franklin D. Roosevelt. But the Declaration and Constitution are largely unchanging…even with amendments, Constitutional principles still stand solidly.

A fundamentalist politician, lawyer, judge, Congressman, and layman all believe in the same things. It provides a common, unchanging bases on which all Americans may stand. And, while interpretations may vary from one faction to another, such differences don’t come at the expense of the purpose of the bases: the establishment of a representative republic that unites the nation while not unnecessarily impinging on the individual freedoms of the people or the corporate freedoms of the states.

However, as fundamentalist faith is confronted with compromise from moderates, dissention from liberals, discouragement from apostates, and destruction from infidels, the nation’s fundamental beliefs are met with strikingly similar opposition. It is high time that we wake up and let the world know what the fundamentals of Americanism stand for and against. If not now…when?