Indeed, it’s a huge load of baloney.  If you watch the news to any degree, you’ve been hearing this hokum for some time.  Hey, here’s a sample

“The food crisis will make obesity and attendant diabetes even more rampant,” said University of Washington epidemiologist Adam Drewnowski. “Fruits, vegetables and fish are becoming luxury goods completely out of reach of many people. Consumption of cheap food will only grow. “Obesity is the toxic consequence of a failing economy.” 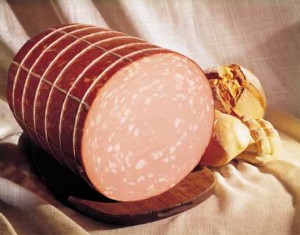 Give me a break!  Fruits, vegetables, and fish are luxury items?  For your information, a can of fruit cocktail or snap beans didn’t break the banks.  A bag of Oreos is far more expensive and doesn’t go as far.  Do you folks mean to tell me that a bag of black-eyed peas is too expensive and that a ham sandwich is extravagant, and that poor people are being herded to McDonalds to get in on the dollar menu? Yeah, it’s actually several degrees worse than mere baloney, but I’ll restrict it to that. What it amounts to is that people don’t want to eat decent cheap food.  I think back to my brother’s family who hosted one of their oldest child’s friends for dinner.  He refused a sandwich and potatoes and beans, all but demanding pizza or chicken nuggets.  Of course, being accommodating but weak-willed hosts, they obliged the little ingrate.  I imagine there are many out there who are of the same disposition…if it ain’t got cheese covering it or come with a crummy little toy, they don’t want it. This is something even people of old knew all about.  Just read Daniel 1 (excerpted from the HCSB translation) to see an example of this idea in action:

Daniel determined that he would not defile himself with the king’s food or with the wine he drank. So he asked permission from the chief official not to defile himself. God had granted Daniel favor and compassion from the chief official, yet he said to Daniel, “My lord the king assigned your food and drink. I’m afraid of what would happen if he saw your faces looking thinner than those of the other young men your age. You would endanger my life with the king.” So Daniel said to the guard whom the chief official had assigned to Daniel, Hananiah, Mishael, and Azariah, “Please test your servants for 10 days. Let us be given vegetables to eat and water to drink. Then examine our appearance and the appearance of the young men who are eating the king’s food, and deal with your servants based on what you see.” He agreed with them in this matter and tested them for 10 days. At the end of 10 days they looked better and healthier than all the young men who were eating the king’s food. So the guard continued to remove their food and the wine they were to drink and gave them vegetables.

It’s no secret…veggies are good for you.  And thanks to modern agriculture and distribution, it’s cheap and plentiful.  And anyone who says the poor are forced to eat Mickey D’s or BK hasn’t had to make do in a long time.  They’d rather have a Happy Meal than a can of Le Sueur’s.