A flash-point issue of late has been the use of full-body security scanners in airports by the Transportation Security Administration (TSA). This is yet another tool in the effort to prevent the highjacking of commercial aircraft by terrorists. However, there are a few problems with this technology and the decidedly lower-tech alternative of a thorough frisking.

The problems with the latter procedure are exemplified by the cellular video recorded case of a three year old child in Chattanooga, TN, being frisked by a TSA agent. And then there’s also the guy who told the agent, “if you touch my junk, I’ll have you arrested,”–how would you like to be famous for that statement?–and was prevented from boarding his flight, was escorted from the airport (without incident), yet possibly stands to be charged with some sort of infraction and assessed a fine.

Not only this, but the head of the TSA has gone on record stating that you will either submit to their random scans/pat-downs, or you will not fly. These are totally ludicrous cases, but to borrow from Phil Collins and Genesis, “this is the world we live in.” I’ll come back to this topic momentarily, but I’m more concerned with the former.

The debate concerning screening, however, tends to center around the idea of, “I don’t want anyone to see me naked,” or, “I don’t want this posted on the internet.” While I share privacy concerns, there are two points I’d like to make concerning this particular complaint. In the first place, you’re not seeing anything particularly riveting here… image enhancement techniques can render the images into something more salacious, but this is easily remedied by the hardware disabling remote access or copying of stored images. Secondly, as a radiologic technologist, I’ve seen far more (than I’d ever want to, might I add) in the process of generating diagnostic x-ray images than the TSA people ever will using this scanner. 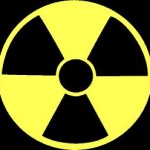 While I understand the trepidation, this is an ultimately personal argument against the procedure. However, there is a far more serious argument that could have them all removed, and that is the hazard posed by ionizing radiation. Ionizing radiation is defined as any subatomic particle or electromagnetic radiation that produces positively or negatively charged particles (ions) when passing through matter. It is the same stuff used to create x-ray images: x-radiation (which is ionizing) is emitted through the body of a patient onto an image receptor, which contains the picture. It’s also tied to a number of undesirable physiological problems, such as cancer, genetic defects, and cataracts.

This is a subject that is obviously not understood by, well, almost everyone. For instance, I read this in a recent article concerning the scanners: “TSA Security Laboratory Directory Susan Hallowell insists that the x-ray technology used in the machines is perfectly safe, equating it to be ‘about the same as sunshine.’ Recent research, however, is indicating that there is virtually no safe level of ionizing radiation; even very low doses can cause significant harm over time.”

The article is incorrect when it states that there is recent research indicating no safe level of ionizing radiation: that’s been a well-known fact for quite some time. Obviously, the less radiation the better, but there is no threshold level of radiation that one can take before they fall prey to a range of undesirable effects. Stating that any amount of ionizing radiation is “perfectly safe” is a stretch, as there is no safe amount. Granted, that also means that sunshine isn’t, either, but this is why we warn people to avoid prolonged exposure to direct sunlight and to use sunscreen.

So, am I splitting hairs, here? Does this pose a real public safety hazard?

Well, there is evidence that medically diagnostic imaging has corresponded to increased cancer cases in recent years. Whether that’s from better detection techniques or if there’s a direct relation is iffy, but it is known that the occurance of ductal breast cancer among British women has doubled since the use of mammography became prolific in the early 1980’s (which is why reducing the frequency of breast imaging was called into question by the Department of HHS last year). Airline crews have a higher incidence of various cancers due to their exposure to ultraviolet and cosmic radiation while working in the thinner, less radiation-attenuating upper atmosphere. And x-rays have been tied to an increase in coronary artery disease.

We don’t know what radiation levels these machines use, as the systems specifications are classified…which is all the more reason not to allow them to be used. Even if it’s “the same as sunshine,” entrance skin exposure (ESE) is a real health hazard that should force the manufacturers to be forthcoming with the information. Without any information to go by, I wouldn’t recommend anyone allow themselves to be subjected to the scanner. Pregnant women, especially, but also people with suppressed immune systems and cancer patients should particularly avoid them. Due to the skin being said to absorb most of the radiation, men should avoid them, due to the increased chance of genetic mutation and sterility due to the male reproductive system’s situation outside the confines of the body.

As for the scanner and enhanced pat-down procedures in general, I feel this is open and shut. The United States of America is founded upon the idea that we hold sacred a number of inalienable rights, some 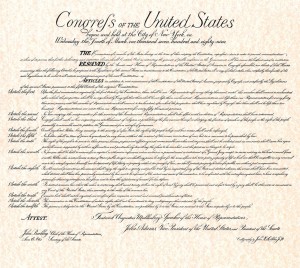 of which are delineated in the first ten Constitutional amendments. One of those, the fourth amendment, states the following:

“The right of the people to be secure in their persons, houses, papers, and effects, against unreasonable searches and seizures, shall not be violated, and no Warrants shall issue, but upon probable cause, supported by Oath or affirmation, and particularly describing the place to be searched, and the persons or things to be seized.”

This undergirds one of our most cherished notions: a right to privacy. Under what provision do they conduct such personal and invasive searches? Is there probable cause? Have they a warrant backed by affidavit citing specific concerns? Why, no! They don’t.

Some might contend that this is only with regards to criminal proceeding, but that’s not the wording here: “the people” means all of us. Some say that the act of simply buying a ticket means you waive the right to privacy. Perhaps the airline retains the right to a search (though not to this degree…we still have civil liberties, last time I checked), but this isn’t the airlines we’re talking about. This is a government agency, and, again, the last time I checked, they’re limited by the fourth amendment, regardless of whatever case law or precedent they think they have that allows such abrogation of Constitutional law (and there’s a lot of bad law out there on the subject…FYI).

I don’t fly. I’ve only flown twice in my life…two times too many. I have no dog in this hunt. But for the millions who do and are subjected to such acts on a routine basis, I declare that this is not right, these procedures should be actively opposed, and the airlines should be boycotted until they exert the pressure needed to bring about change. The previous measures have worked just fine so far, and there’s got to be better ways to prevent terrorist highjackers from invading an aircraft. I hear Israel has a handle on their problem, which is far more acute than our own. There are better ways that don’t involve the breach of a fundamental freedom or the irradiation of random American citizens.

Until then, the federal government won’t be irradiating or leering at my well-padded behind.

One thought on “Security Scanners…Hazardous?”