As those who know me or look at this site know, we had at one point three dogs living on our place. However, in January, two of them suddenly died…one being hit by a car (14 yr. old black Lab) and the other dying of complications apparently stemming from heartworms (13 yr. old Brittany spaniel/Eskimo spitz). So we’ve been left with just one, the other spaniel/spitz.

Until yesterday! Meet our new addition: 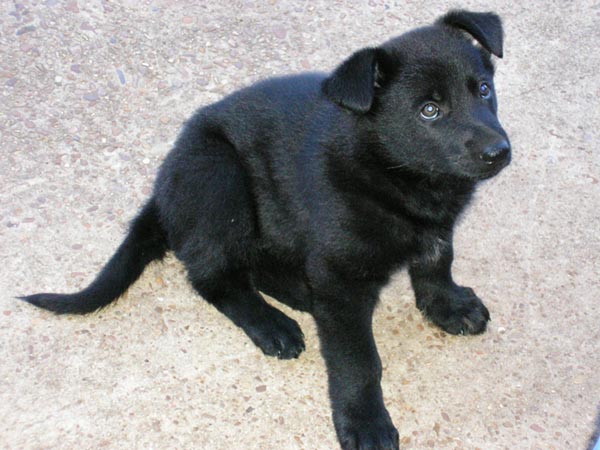 In case you’re wondering what in the world it is, it’s a six-week old female German shepherd. I’d never known that there were black Alsatians before now, much less long-haired one, but this one’s sire was both. Since the puppy’s mother was a white short-haired German shepherd, this one has a bit of white on her chest and seems to be short-haired, as well.

We haven’t come up with a name for the little beast yet, but it’ll be forthcoming. Tradition around here is to wait a bit until something pops into mind, and since this is actually my mother’s dog, I’m going to leave it up to her. Right now, she’s “Puppy”. Very inventive, yes? My suggestion of “Blackie” wasn’t much better. I thought about “Darkie” as a nod to Uncle Ruckus of Boondocks fame, but I didn’t bother submitting it for approval. 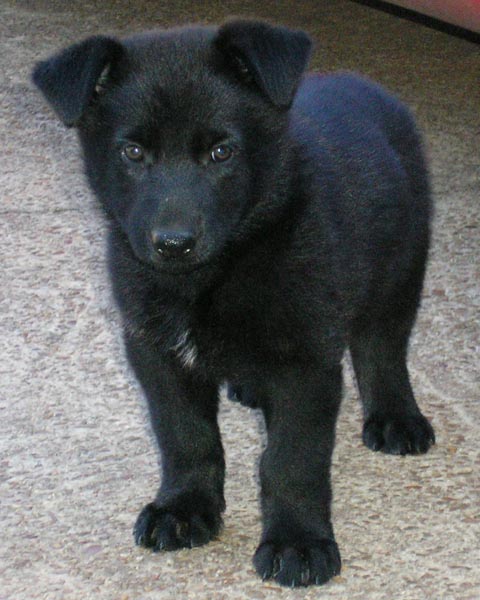 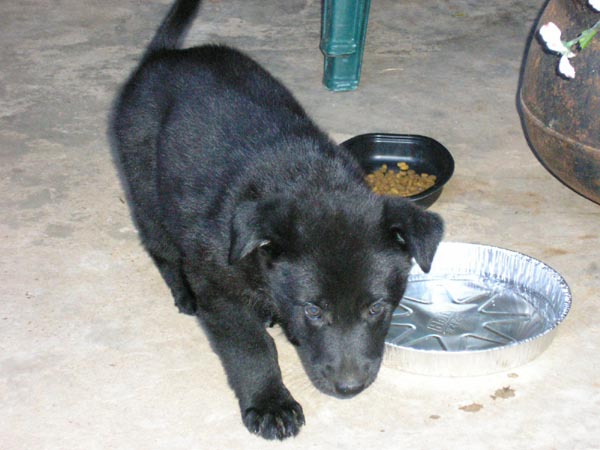 2 thoughts on “A new addition to the household”