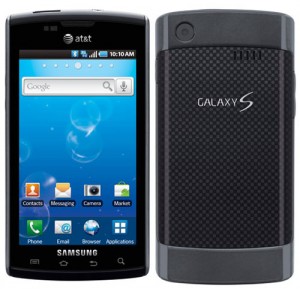 I’d been needing a new phone almost since I got my last one–a Motorola V9 (RAZR2) with AT&T–due to reception and call drop issues. While it was a nice phone, those issues really grated on me, and the fact that listening to MP3s with it was an exercise in futility (since it used a dongle that didn’t work right) made it clear that a change was needed.

But what change? With the recent drop in basic data charges by AT&T, including smart phones in the mix became financially feasible. Since I don’t text much/at all, I decided messaging phones didn’t really offer much for me. Having looked into smart phones, the option of full internet browsing, apps promoting the paradigm of portable computing (say that three times fast!), full multimedia support, a quality camera (since I never carried a camera with me, the function was quite useful), and a nice big screen really pushed me in that direction.

Now, which platform? There are numerous options, most notably, as an AT&T subscriber, the iPhone series. This seemed to be a no-brainer, given its popularity, but I didn’t want to buy anything associated with Steve Jobs (though I freely admit that the iPhone 4 is probably the best of the breed). With AT&T, though, you were, up until recently, restricted to the dying Windows Mobile 6.x or the staid Blackberry platform. Android phones were beginning to make appearances, first as the cellular abortion called Motorola Backflip, but there were few options past that coming down the pike. Nothing from Nokia or Palm (just as well, since it wound up absorbed into the Hewlett Packard singularity) were even available, and changing carriers wasn’t an option because, as bad as AT&T is, the other big guys (Verizon, T-Mobile, and Sprint) are worse in this area.

I essentially boiled it down to two options: a high-end Android offering similar to the HTC offerings on Verizon, or wait it out for Windows Phone 7. As WP7 proved to be nowhere in sight before the middle of fourth quarter 2010, Android was my default selection. Luckily, HTC came through with the small but game Aria, but I got wind of Samsung’s Galaxy S series, and after seeing some demo units online, I focused my attention there. I picked one up on July 16th, which was two days before the official street date (WIN). I haven’t looked back.

AT&T’s Galaxy S offering, the Samsung Captivate, has proven to be a flawed yet fabulous piece of machinery. It probably has the most powerful cellular hardware to date (1Ghz Cortex A8 Hummingbird with half-gig memory and 16GB internal flash storage), including very nice 3D graphics, on one of the most talked about and envied screens available (4″ Super AMOLED capacitative touchscreen). Given its Android underpinnings, the system is quite customizable with wallpapers (including live backgrounds), launchers (think shells, like Explorer or Program Manager on Windows), and a great many options for video and audio. You can even do document work with the free inclusion of QuickOffice…for instance, you could show PowerPoint presentations with a TV-out cable. Cool stuff!

Of course, there’s lots of work behind the scenes, too. While Samsung hasn’t been too helpful since the release of the phone with regards to software (with only a handful of over the air update releases that addressed minor things), there’s a thriving group of developers, from the XDA forums to the CyanogenMod crews working on rooting (a maneuver that unlocks permissions and allows root/superuser access to virtually everything), kernel updates, and even ROM development. That combined with the free availability of many quality apps makes for a very open platform for tweaking. And this phone has proven difficult to “break”, as most problems can be solved by forcing restarts and using online tools such as ClockworkMod Recovery, ROM Manager, Titanium Backup, and especially Odin (I’m thinking to write some quick tutorials on these in the future, but don’t hold your breath). 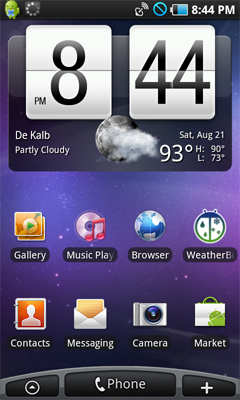 Not all is perfect, though. This thing was a pain in the duff to get onto my computer, as the documentation said nothing about downloading drivers (nor did it include them). There is a Samsung program called Kies you can use to do certain things on the phone, but most of them are easily do-able through Windows Explorer (file transfer) and GMail (contact sync and backup). The phone settings aren’t intuitive on this level, either, though this could be fixed with a handy app or two. One of the good things, though, is the ability to use Wi-Fi to get file access on the home network, making transfers direct and easy, if not especially quick.

Sadly, the phone shipped with a GPS system that left much to be desired…although the problem is believed widely to be software-based, no headway has been made in a universal solution. Mine works pretty well when it wants to, but sometimes it just doesn’t. OTA updates have attempted to help, but generally haven’t yet, and the freelance developer base have tried in vain to get something going. There was supposed to be a fix out by the end of September, but it’s already October, and they’re now saying November before a fix is out. I imagine they’re waiting to roll out the newer version of Android (2.2 Froyo) with it, so as not to waste development on the current 2.1 Eclair version. Time will tell if they are able to kill the only flaw in an otherwise excellent device.

All in all, over the past two-and-a-half months, I’m rather pleased with the phone I got. While the GPS leaves much to be desired, it should be fixed soon and everything else about the phone has been a lot of fun. I’m hoping to post such things as app reviews and how-tos in the future as I experience them.