Pardon the full-frontal nerdity on display in this topic. I can’t deny who and what I am! This post will deal with web browsers and my feelings concerning a certain one.

Near the end of the previous month, a C-NET UK digital audio expert named Nate Lanxon wrote an article that (very feebly) explained why he felt that Opera should abandon the desktop computer market and focus on the mobile market. Of course, this drew no short amount of criticism from all corners of the Internet, even from the Mozilla people. Had I known about it, I might have complained loudly, as well. Then again, it’s a C-NET writer, and they’re not especially known for knowing what the devil they’re talking about. What’s a self-proclaimed “digital audio expert” doing commenting on the Browser Wars, anyway?

But it is worth a few comments, if for no other reason than to proselytize for my favorite internet program. 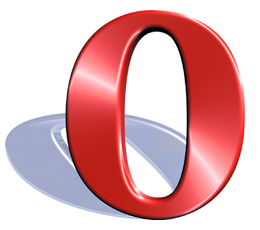 I am an Opera user, and I have been ever since the late nineties…probably as early as 1997. The first iteration of the program I remember using is version 3.2. I used it because it would run on my old 486DX PC (forget about Netscape, and Internet Explorer wasn’t around yet), and it worked as a really nifty image viewer that had a useful zoom feature. I used Opera to proof-code my first ever web-site (which I may re-upload at some point in the future for funsies).

Through the years, I’ve continued to use it, and by doing so have enjoyed being on the forefront of many cutting-edge browser innovations. A number of them have found their way on other browsers, and a few have been fraudulently claimed to have been developed by those authors…for instance, Apple didn’t invent everything found in the new revision of Safari, as they apparently claim.

The guy writing the article argues that Opera’s performance is so slow that they should get out of the race. First, it’s a comparison of next-generation browsers (Safari 4, Firefox 3) versus the current-gen Opera 9.64, and, second, we’re talking fractions of a second that are all but meaningless in real-world use. Add the fact that a new revision is currently in the works, and you lose any reasoning there.

By my reckoning, Opera still has the advantage in size, speed, and useability. I use Firefox from time to time due to certain extensions I use with it, and it’s a quality browser overall, but I still like Opera and how it does things…very low occurrence of glitches, many “out-of-the-box” features that many other browsers don’t have without add-ons, and the customizeability of it and its interface. There’s no real reason to use Firefox, Safari, or Chrome over it in my mind, but different strokes, and all.

As for profitability and whatnot, the company’s cooking, and the desktop front made money, expanded its market share (especially in the foreign markets), and increased its number of users last year. Why would they change from a business perspective? Furthermore, it’s the flagship product, whose innovations trickle down to the mobile market offerings. Stop it, and they’re curtailing mobile product development.

Finally, having a plurality of browsers in the market is good for the market, as it promotes competition and innovation. The available options make it where users are more prone to try multiple programs and prevents it from being dominated as it has been (and continues to be, but the numbers are being steadily diminished). Plus, different browsers mean greater security for the users of “outlying” browser programs.

I suspect the author of the original article is a browser fanboy of some preference (probably Safari, from the sound of it). That’s fine, but I really don’t care what he thinks. I love Opera…I always have and, from the looks of it, always will. It’s here to stay, and there is no reason to pull the plug on it.