I’ve railed against the molly-coddling of the Cult of the Latter Day Saints and decried the charge of bigotry against those who are at odds with it (“Mitt Romney won’t get my vote”, “The loaded term that is ‘bigotry'”).

Well, I’m about to do it again, given the recent Mitt Romney “faith speech” and Mike Huckabee “slander” of the cult by exposing a facet of it.

Firstly, the speech. By all accounts, a nice speech with much going for it with regard to the history of this nation as it pertains to religious freedom. He makes this speech and obfuscates the fact that he’s been a social liberal for much of his vaunted gubernatorial career. So, he came to this realization later? He must have known that his faith disapproves of such things as abortion…isn’t it important to him? After all, he’s all about his faith, and family values, which is what put his faith in the forefront to start with. Which is it? I don’t trust the man, and it’s hard to see his “conviction” on such issues as much more than mere platitudes.

But for most people, it boils down to his assertion that he’s a Christian like anyone else…. 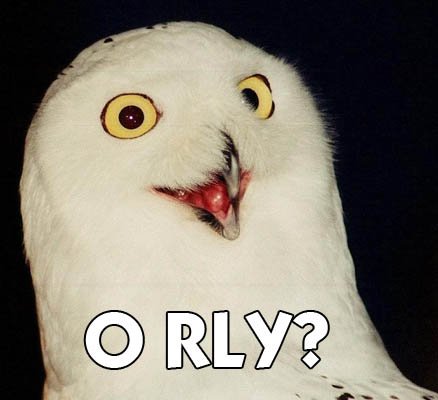 Mike Huckabee either played dumb on the question asked of him concerning what he thought of Mormonism or used it as an opportunity to get a back-handed slap in on the cult. Surely, he knows as a Baptist that the Cult of Latter Day Saints is not authentic Christianity. He knows better…otherwise his pastoral credentials were pretty darn weak and nothing but lip service the whole while. But playing it off as he did was not a smart move, given that all it could do is destabilize his (currently) remarkable polling numbers in Iowa. So either he’s an idiot, or it’s a sideways jab…neither of which are good for his candidacy.

However, I’m sick and tired of the continuing denegration of those who don’t blindly accept the lie. I was moved to comment yet again on this subject (for the sake of the two or three reading these things) after a caller to the Rush Limbaugh show basically begged Rush to make them stop. Of course, being an LDSer, he thought it was naked bigotry (people sure love to throw that bomb these days).

The long and short of it is that Huckabee’s sideways jab or attempt to avoid the question, whatever it was, is quite correct. Mormons DO believe Jesus and Satan are brothers. It may well be an “appeal to prejudice”, as Romney complained after the fact, but it’s still true. And he’s the one who made an issue of it when he said that he’s as Christian as anyone. Romney is a flat-out liar when he says that…yet another reason not to trust his word.

What Mormons believe concerning the origin of Jesus and Satan are thus: “God”, a flesh-and-blood man from another universe who ascended to godhood through that universe’s Mormon god and jesus, conceived “Jesus” with a goddess wife. “Jesus” was just the first of his multitude of spiritual children, which included Satan and all people. All this is authentic Mormon doctrine, corroborated in authentic Mormon publications and “scriptures”. Just read through the likes of Mormon Doctrine, Teachings of the Prophet Joseph Smith, Articles of Faith by Talmage, Mormon Doctrine by McConkie, and Gospel Through the Ages. Like Prego sauce, it’s in there.

It’s not slanderous, it’s not misunderstood, and it’s not bashing. What it is, is old-fashioned blasphemy hidden behind a family-values public image. It is totally offensive to me, but what’s more, it is far more offensive to the God of the Bible. He was was never created but is the Creator. He is a spirit, and He must be worshipped in spirit and truth. He is co-equal with the Son, Jesus Christ, who lowered Himself to take on human form so that He could die in my place and that of all man to pay our death penalty on Calvary’s cross. You can not be Christian, much less as I am, when the Mormon “Jesus” and the Real Deal Jesus are not and can not be the same either in essence or origin!

This is nothing short of a full-frontal assault on true Christianity, instigated by Satan himself, and a way of denigrating the faithful few who defend it to the point that they give up and/or aren’t taken seriously on matters dealing with their own faith.